Interoperability in an Industry 4.0 World 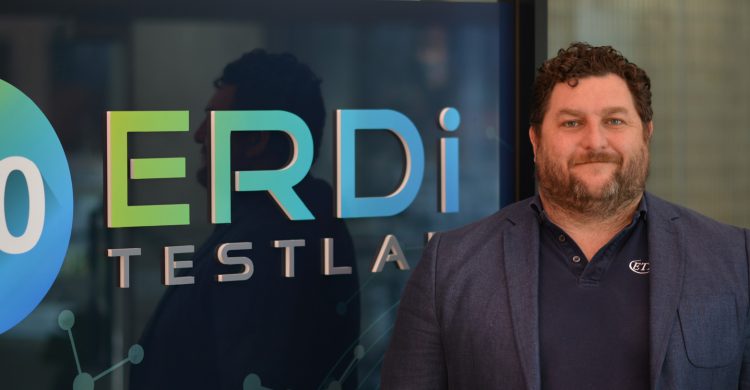 Interoperability in an Industry 4.0 World

John Kirkman operates in a world in which each of the disparate systems that control every facet of a mining operation work in perfect harmony, drawn together by overarching communications protocols.

The benefits of this beautiful integration cascade through the mining value chain, improving sustainability and safety, maximising production, reducing down time and, ultimately, improving profit margins — all from decisions made more quickly based on accurate data and optimised allowing for a host of contingencies.

The protocols enable interoperability and the world is Industry 4.0, a concept that emerged in Germany around 2011 to facilitate the intelligent networking of machines and processes for industry with the help of information and communication technology.

The focus then was on manufacturing, but the potential broader application was obvious, particularly in the mining industry.

The Australian Government established an Industry 4.0 Taskforce in 2016, followed that with plans in 2017 for a series of test labs nationwide, which in WA attracted the interest of University of WA and Mr Kirkman, who had done similar work on communication protocols inhouse at BHP before he and business partner Bill Poole set out on their own, forming Enterprise Transformation Partners.

ETP and UWA collaborated to establish the I4.0 Energy Resources Digital Interoperability (ERDI) Test Lab at UWA, with Mr Kirkman as co-founder.

“We are no longer seeking to establish nor develop interoperability standards to support a large number of information exchanges critical for mining, as a significant amount of that work has been completed, tested and proven in real mining operations,” Mr Kirkman said.

“Rather, we will focus on enabling mining companies and technology suppliers to apply these standards and realise benefits in the short term, whilst enabling and being a catalyst for high-value R&D in a plug and play paradigm.”

The ERDI Test Lab has just secured project partners for four proof-of-concept projects that will be developed over the next 12 months to directly assess some of the key areas of value that can be unlocked by I4.0-based interoperability and technology advancement.

“Manufacturing is in a different paradigm to mining,” Mr Kirkman said. “They have built big monolithic systems. Basically, select one vendor and you get all the parts from them, scheduling, lab, materials tracking. It would be a miracle if that one vendor had the best system in each case.

“The mining industry is the opposite. Everything is modular. Different systems from different vendors but they don’t integrate at all.

“To integrate a new system in a non-interoperable world would be a 12 to 18-month project.

“In an interoperable world you can have that done in weeks and operating in parallel; see it, compare, benchmark which is better for you; keep what you have and turn off the one you are trialling or switch to the new system. It’s plug and play.

“Interoperability provides a framework or mechanism where you are in a world where it is very easy to change; it’s cost effective and time effective.”

The level of data available then enables software vendors to focus on improvements, based on automation and optimisation.

“Mining companies know it’s area of opportunity. It’s just emerging now that there is a different type of architecture to make them more informed about what they buy, to make it easier to plug into existing architecture.

“Mining is cadence based and human optimised. Everything is done to a plan: three months, two weeks, every day.

“Information is collected manually from a bunch of systems or other people. A lot of time is spent collecting the data and when it’s sent it is sent in a PDF or a XL spreadsheet.

“I4.0 is all about sharing information as soon as something happens. If an excavator goes down in the shift, rather than manually making decisions to solve the problem, you want the system to come up with what is optimal across all your systems now.

“If you devised software that supports that, they are able to make decisions more quickly based on better information. That will give you a better return.”

The test lab will provide a capability for local SMEs, start-ups and global technology companies to test their products against a framework of standards with independent verification and feedback.

The lab has been designed to enable simulated operations, but also direct integration to mining and LNG operational systems.

With the AMIRA P1208 project, the lab will work with data from operational mines modified for I4.0 data, providing an environment that can accommodate a range of systems where test outcomes can be compared against actual results to determine success or failure.

The four proofs of concept are:

A UWA team will be involved to ensure knowledge is captured over the life of the projects, so that training and course materials can be documented, contributing to upskilling the current and next generation of employees.