Alan will be discussing the way in which BHP are increasing their use of high-tech automation which is proving to be a key driver in progressing their operations.

Before Alan became VP Technology at BHP, he was the CEO of CRC Ore, Professor & Director of the W H Bryan Mining & Geology Centre at The University of Queensland, and prior to that he was working at Anglo Platinum. Alan has a PHD in Mining from the University of KwaZulu-Natal. 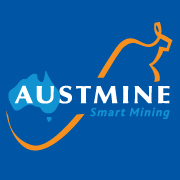