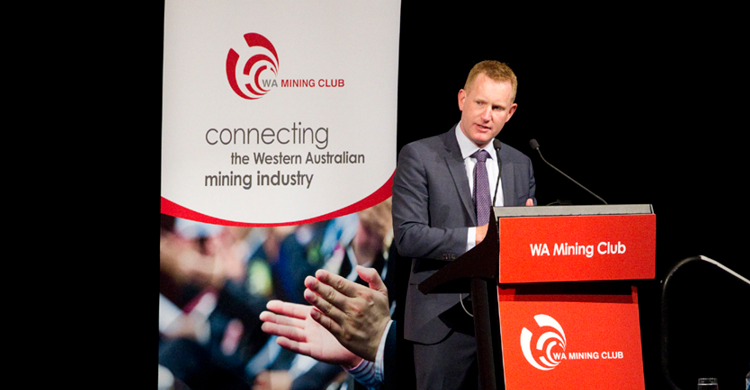 Northern Star Resources Chief Executive Office Stuart Tonkin is clearly optimistic on the future of the gold industry and he took the 500 strong crowd on a tour of what that future looks like.

“When you look at that on a global scale, Australia’s future is bright. We hold over 18 per cent of the known gold inventory globally,” said Stuart.

He points out this equates to more unmined gold in the ground in Australia than the physical gold held in the US vaults.

“The platform that creates for us to develop is enormous”.

Here comes the ‘But…’ there is a shadow ahead.

Stuart says for Australia to maintain current production levels of 9.7 million ounces per annum we need to either double our exploration expenditure or double our discovery success.

“There is a massive challenge for us just to stay steady,” he said.

It is getting more difficult to find gold and there are many challenges ahead.

“The average reserve life of Australian gold mines is at the five-year mark, with one third of those gold mines have only a two and a half-year reserve life.”

With the typical “find it to mine it” period being 13 years, there is a looming hole in the future Australian gold sector.

He says the situation isn’t dire yet, but “we have to get motivated to action.”

“It is about the belief in the investment in the exploration of how we keep replenishing and get ahead with our reserves.”

Siting a study on the 40-year outlook for gold he says, “If we do nothing the industry will half over that period through lack of discovery.”

The mines for the coming decades have not been discovered yet.

“It is through exploration that we are going to future proof gold being meaningful in the Australian space.”

Stuart says Every dollar invested in exploration generates $11.40 in revenues that come back into the sector.

In 2016, the gold sector spent $617 million in exploration, representing approximately 50 per cent of all mineral exploration.

“To take the opportunity cost, if you didn’t spend that $617 million, that $7 billion that gets ripped out of the future earnings per annum going through the economy.”

It is very important that we work to sustain and work to build on our reserves and investing in exploration is the key to ensuring a sustainable future.