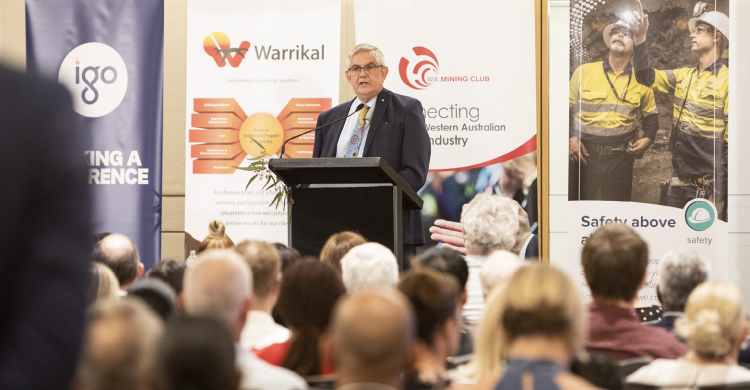 Diversity is critical to the success and prosperity of companies within the mining industry, according to Federal Indigenous Australians Minister Ken Wyatt.

Speaking at the WA Mining Club’s Young Professionals’ first event of the year, Mr Wyatt cited two movies to illustrate his point: Hidden Figures — the story of a team of female African American mathematicians who wrote the elaborate calculations required for early space flights; and The Intern — about a 70-year-old retiree who returns to the workforce with success.

“Ultimately, that diversity in both instances had tremendous outcomes in the industries that were involved,” Mr Wyatt said.

“When you have insights into the needs and motivations of people that you do business with or serve, you’ll naturally make better decisions and have better outcomes in everyone’s interests.”

However, to achieve this companies needed to do more than simply invite people into a room; they needed to build an environment where people feel respected and connected.

He used the example of Australia’s early engagements with Asia to show how this should be done.

“The way we did business was not the same as the markets we hoped to expand into,” Mr Wyatt said.

“It was about getting to know people; being involved in the inclusive discussion before you did business. Establishing the rapport of the relationship with a cup of tea.

“This has led to many companies in this country being extremely successful.”

Mr Wyatt said the same lessons needed to be applied to consultations with Traditional Owners before exploration activities commenced.

He said mining companies were better off sitting with the Traditional Owners and having a conversation before consulting with bodies corporate.

“Sit for half a day. Talk about the aspirations that you both have, and then reach common agreement,” Mr Wyatt said.

“Then you can ask the prescribed body corporates to do the legal requirements around the arrangements.

“You’ll find that the outcomes will be far better, because we all want a better future for our grandchildren.”

Mr Wyatt commended Australia for how far it has come with diversity and inclusion,  sharing a story from when he was working in the education department and asked why the department had strategies for Indigenous women but not for women from other nations.

He was met with the retort, ‘we’ve got Aboriginal women in there, what more do you want?’.

“But thankfully we’ve moved as a country,” Mr Wyatt said.

“We now reflect the diversity of those that have capability, knowledge and skills that we need to build and move our organisation forward.

“Now that we’re in that position, our country celebrates an incredible matrix of cultural groups from the four corners of this earth who contribute and want to build a future not only for their children and families, but for the community they now call home.”

“It is through our combined efforts of creating a better future through economic opportunity and investment in people that we position ourselves to be a place that people desire to come to,” he said.

“As representatives of the mining industry now and into the future, diversity is essential to success and prosperity for all.

“We can all do better at ensuring that diversity does not just mean having a seat at the table, but that the diverse voices are included in the decision-making and discussion.”

The Young Professionals were implored to use the benefits of their networks to begin diversifying early.

“Your network provides the foundation of the reach you will have across the community in which you live, but more importantly, as an avenue to reach into other areas,” Mr Wyatt said.

“By having that inclusive network, it gives you a greater reach and a greater opportunity to be successful in a dynamic, ever-changing global economy.

“You will also learn from the mistakes you make through the network of people you can go back to, rely on, and seek council from. If you have the capacity to do that, you position yourself to succeed.

“It is only by walking and working together that we will ensure a better future for all of us.”