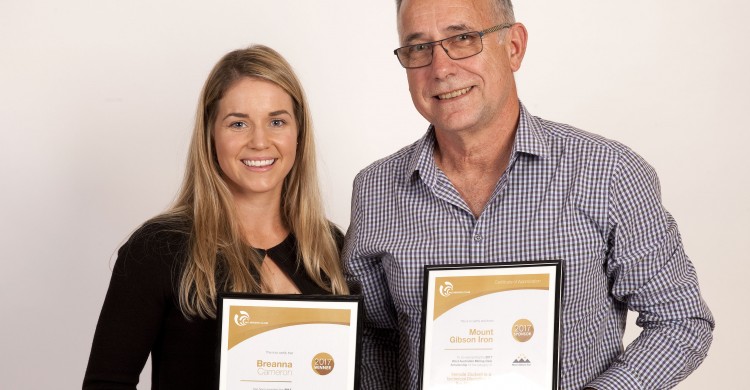 Eight of the State’s brightest minds were awarded scholarships in geology, mining engineering, metallurgy and environmental science by the WA Mining Club and co-sponsors at an industry luncheon today.

Now in its 15th consecutive year, the WA Mining Club’s scholarship program aims to encourage students to continue their tertiary studies in mining related disciplines to ensure the sustainability of talent within the sector and develop the next generation of leaders.

“Considering that mining engineering and metallurgy enrolments have dropped to their lowest levels since 2000, resulting in a significantly decreased number of graduates in the coming years, we all recognise that encouraging students to take up a mining disciple at university has never been more important than it is today,” said WA Mining Club president, Kirsty Danby.

“With this in mind, the mining industry has supported us to make this year’s scholarship program the biggest since it first began, with a record $80,000 in eight scholarship categories covering technical disciplines and promising female and indigenous students up for grabs.”

The WA Mining Club offered just one scholarship in 2003. In 2016, that grew to six, and this year that number increased again to eight scholarships.

Each winner will receive a $10,000 grant. Winners will also benefit from mentoring, career support and increased visibility within the industry. Winners were selected by a panel from the scholarship co-sponsor and a representative of the WA Mining Club, which considered factors such as academic and work history, personal circumstances, financial need for a scholarship, and commitment to their chosen career.

The eight winners were chosen from almost 250 applicants from a diverse range of backgrounds and educational institutions including Curtin University, Edith Cowan University, Murdoch University, the University of Western Australia and Esperance Senior High School.

“Our goal is to ease the financial burden of obtaining a higher-level education while also giving them unparalleled access to some of the biggest names in the industry,” she said.

“We are a big believer in investing to build a generation of intelligent, strong, and confident miners who will continue to innovate and change the industry with new technology, fresh ideas and boundless energy and enthusiasm.”

Winners were presented their awards at the WA Mining Club’s August industry luncheon.