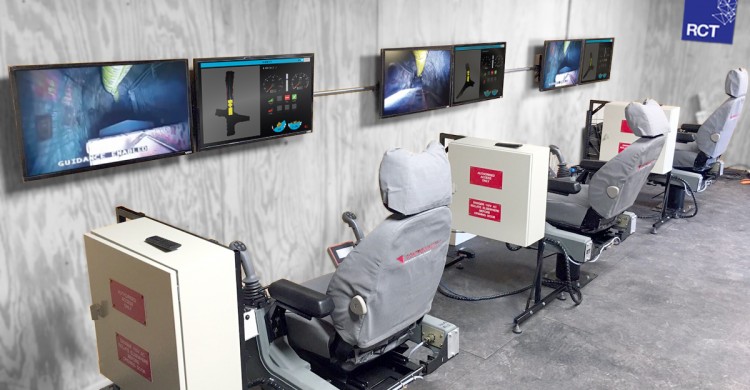 Technology and automation has been the driver of the most recent round of productivity gains and cost reductions for miners. But has all the low hanging fruit been exhausted?

A recent study of 200 mining executives from Australia, Brazil, Canada, China, Indonesia, the United States and more has found that operators are continuing to embrace digital innovation as a tool to help manage operational efficiency and address issues such as rising capital and compliance costs.

The study published in May by Accenture found that four out of five mining and metals companies expect to increase their spending on digital technologies over the next three years with 54 percent of executives agreeing that the biggest slice of expenditure will be in the area of robotics and automation.

The relatively early stages of adoption for certain digital technologies makes it a challenge to identify all areas of bottom-line benefits; however, the World Economic Forum estimates that the industry-wide value over the next ten years for digitalisation could reach $190 billion.

“Safety has been a primary driver for remote control systems and will continue to be part of all mine planning and operational practice. However, the central driver behind technology development today is to improve practices that will result in better profit,” said Mr Derries.

RCT was founded by Bob Muirhead in 1973 after a passion for innovation in the mining industry led him to create a fail-safe engine protection system designed to improve the reliability of underground mining equipment.

Today the company is the market leader in smart Guidance, Teleremote and Remote Control Automation solutions for the mining industry.

While the company has five product lines incorporating automation, fleet management and protection systems, the demand for custom solutions has led to an increase in the number of collaborative projects undertaken between technology partners to tackle the more complex problems.

“No one can be a jack of all trades. As our clients’ requirements advance, we go out in search of other industry leaders to collaborate with to deliver a complete solution that fulfils their specific needs and this is RCT Custom’s area of expertise,” said Rob.

Recently RCT’s Custom team collaborated on a project to safeguard the operation of two dozers.

“While remote controlling the dozers increased operator safety, the mine site wanted to reduce machine damage and prevent the dozers from falling into the stockpile,” said Mr Derries.

“To address this concern, RCT collaborated with a third party who supplied a GPS-based, geofence system, enabling RCT to automatically slow or stop the machine if it gets too close to the dynamic geofence perimeter.”

Upon the implementation of RCT’s ControlMaster Teleremote solution at Eldorado Gold’s White Mountain mine in China the site increased productivity substantially.

“The perceived benefits in productivity were estimated between 25 to 30 percent, meaning the system would pay for itself in less than six months. However, actual data shows productivity gains of more than 35 percent,” said White Mountain’s General Manager Warren Uyen.

The implementation of digital technologies is clearly addressing cost and productivity pressures, which is why mines are now looking at integrating technology in the mine planning stages.

In the future, this could include the possibility of fully autonomous fleets throughout the value chain such as BHP’s concept of switching to self-navigating ships.

For now, RCT is focused on developing their Smart Technology further to supply their clients with even higher productivity gains while eliminating the risk of machine damage.