State of Play on Gold M&A 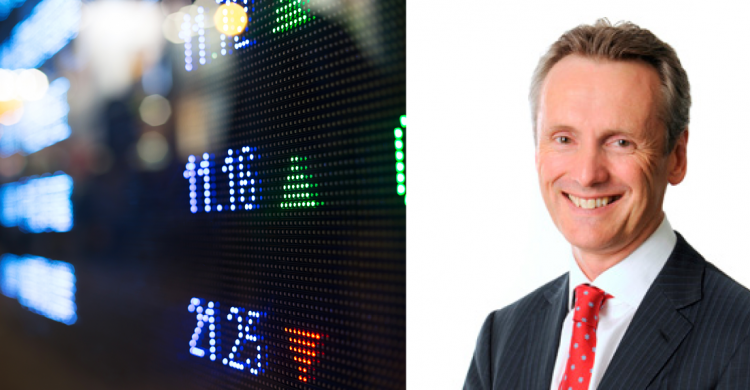 State of Play on Gold M&A

According to Executive Chairman of Dacian Gold Rohan Williams, speaking after a presentation for the WA Mining Club last month, two mining deals have signalled the beginnings of a potential gold M&A cycle.

In an exclusive interview with the WA Mining Club, Liam Twigger, Managing Director, PCF Capital Group examines the playing conditions, players and the ever-changing playbook for gold mergers and acquisitions.

Due to fewer and smaller discoveries, the amount of economically viable gold in the world is declining, and major producers’ reserves have fallen since 2011. What are other factors indicating the start of a potential gold M&A cycle?

Since the GFC, the market has focused on project acquisitions over corporate deals. Majors such as Barrick Gold embarked on a significant deleveraging exercise to repay debt while many other assets came onto the market because of owners financial stress or their decision to re-scale.  Projects such as Meekatharra, Wiluna, Bronzewing, Lake Cowal, Jundee, Fortnum, Tanami, Kanowna Belle, Kundana, Pajingo and Plutonic represent the best buying opportunities that the gold market has seen in 30 years. With the majority of these projects now in strong corporate hands, buyers may be forced to consider corporate takeover options to grow further and consolidate market share.

I believe a catalyst for the next round of M&A may well result from the continued fallout from the re-calibration of the Van Eck Vector Junior Gold Miners ETF (GDXJ), which is due to re-balance effective 16 June 17.  The Van Eck Gold ETFs (GDXJ & GDX) have tripled in size to a combined US$14.6b since January 2016 and have accrued major holdings in the top ASX and TSX gold stocks. The recalibration is anticipated to raise the minimum market capitalisation to qualify for the GDXJ from ~US$1.5b to ~US$3b. As a result, selling has been under way over the last few months in the stocks of those gold companies that are expected to be dropped from the GDXJ.

I believe that the market will buy up those companies that are fortunate enough to meet the new GDXJ criteria and as a result, they will secure an “ETF” premium into their share price and, subsequently, benefit from a lower cost of capital.  On the other hand, those companies that don’t meet the criteria will experience the reverse effect as their share prices come under pressure. This should create some standout buying opportunities, which I believe will result in a lift in the price of all gold stocks and a return of corporate M&A over the months ahead.

Where will possible gold M&As come from? Is the current geopolitical environment a consideration in these decisions?

I believe the top 30 gold stocks in Canada and Australia will be very active and the move by Eldorado Gold Corp (TSX: ELD) on Integra Gold Corp (TSXV: ICG) for US$430m in May 2017 is just the start. The gold price reflects the sum of all fears and the growing concern of re-emerging inflation following nine years of global economic stimulation. Like a candle under a large pot of water, sooner or later the pot will overheat, and likewise, the world economy will do the same. It is just a matter of time.

Companies wrote off close to $100 billion between 2011 and 2016 following the China-led commodity boom. How will miners who were burned during that period be more cautious moving into future M&A activity?

I think Australian miners have been disciplined and restrained since the end of the China-led commodities boom, focusing on lowering costs, paying down debt and delivering improved shareholder returns. Project acquisitions are negotiated via private treaty and usually do not suffer from the intense public scrutiny afforded to a corporate M&A transaction. I think the days of project acquisitions are almost behind us and more public takeover battles will emerge. Under this scenario, miners will need to be very disciplined to ensure they do not overpay.

The top ASX gold producers are targeting AISCs of ~$A1,000/oz. I expect that any operation or mine that cannot deliver this will be subject to scrutiny and a potential divestment, creating an opportunity for a smaller company to pick up the asset and try to make a difference.

Given the dearth of exploration success, any junior company that can secure a million-ounce resource and have a clear pathway to production will be on the radar for M&A from its mid-cap peers.

Who will be seen as possible candidates for mergers or acquisitions during a new gold M&A rally?

I think potential buyers will emerge from the $US3b-plus market cap gold companies that have secured – and are enjoying – an ETF share price premium. Those big players will be targeting the best of the sub-$US3b gold sector.  Similarly, the sub-$US3b gold players may seek to consolidate to attain the ETF threshold and the sought-after share price rerating. The impact of existing ETFs and new ETFs will have an increasing influence on market behaviour and M&A strategy.

WA produces more than two-thirds of Australia’s total gold output and has one of the most progressive and supportive mining regulatory environments, as evidenced by the State’s number three ranking in the Fraser Institute surveys.  After surviving the lean years between 2011 and 2015, WA operators are very well positioned to prosper from an increase in M&A activity in the months ahead.

Mine supply will peak in 2019 and keep falling through at least 2025, is gold still a safe investment? If so, why?

Many factors determine future mine supply, including exploration success and new discoveries as well as a strong underlying gold price. I have confidence in the Australian gold industry to continue to grow and prosper as well as having the capacity to adapt to market changes.

The ongoing global political and economic uncertainty is the new normal. In such an environment the case for gold as an investment has never been stronger.