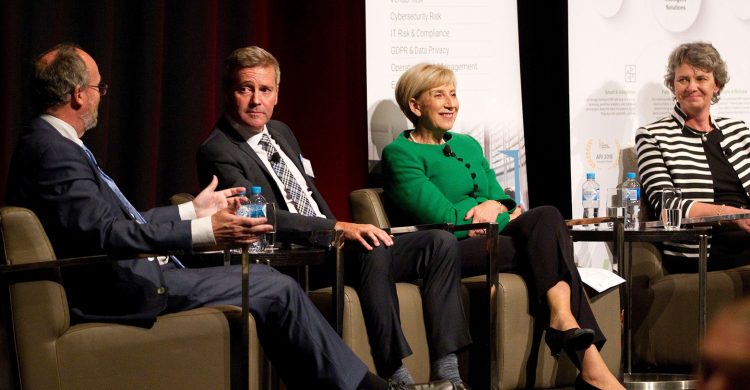 The Western Australian mining industry must take a ‘Team WA’ approach if it hopes to cash in on the downstream processing of rare earths, battery metals and get involved in the new wave of technology including industry 4.0, electric vehicles and renewables, according to a panel of experts that included Hon Bill Johnston MLA, Minister for Mines and Petroleum; Energy; Industrial Relations; Russ Austin, Managing Director Australia, Tronox; Amanda Lacaze, CEO and Managing Director, Lynas Corporation; and Nicole Roocke, CEO, Minerals Research Institute of Western Australia.

Speaking at a WA Mining Club event on the downstream processing of minerals, Minister Bill Johnston said that the exciting opportunity had been made possible by the current economic environment adding that the emphasis was not to elbow aside existing industry but foster new ones.

While the State continues to investigate options to expand downstream processing, it already has some skin in the game, according to Russell Austin, Australia Managing Director for US-based mineral sands company Tronox.

“You ask why now; our answer is that we’re doing it already,” he said.

“Tronox is one of the great success stories of Western Australia where we take something and add value by ten-fold.”

The company mines its own feedstock and then processes it into titanium dioxide pigments that add brightness and durability to paints, plastics, paper and other everyday products. Mr Austin said that the company has adopted the lessons learnt in WA in other markets.

“We’ve been vertically integrated in WA for over 30 years, a model which has grown inside Tronox to be part of our global strategy,” he said.

Though business is good for Tronox, the Managing Director is cautious of competitors from China, saying that they are learning fast that they could potentially do the same thing as companies in WA at a rapid pace.

“In the space of five years they’ve transformed into a one million tonne net exporter of titanium dioxide,” he said.

The key to China’s downstream processing dominance – aside from lower labour costs – is the long-game approach adopted by the Government, with panellists agreeing that the nation designs policies in terms of generations, instead of financial years or parliamentary terms.

Despite how threatening this approach can feel at times to Australian miners, Mr Austin says that there’s still a lot going for WA that the State’s Asian neighbours have not mastered.

“We need to focus our strengths here in WA and collectively break down barriers, pick our markets, develop them, back them, and also protect the ones that we are already doing very well in,” Mr Austin said.

Technology is one of those strengths, says Mr Johnston, adding that WA is an innovation State.

“Therefore, we have strength in technology that we can roll out to new industries.”

These thoughts were echoed by CEO and Managing Director Amanda Lacaze, who said that while China has low labour costs and the US has scale, WA has smarts.

“It impresses me daily the sorts of things that the people in our business are able to do. It impresses me the way that they are able to interact and collaborate with the CRCs, the universities and the other Perth-based suppliers of IP,” she said.

While Mr Johnston is excited at the prospect of expanding WA’s downstream processing capacity, he warns that new pipelines must make economic sense.

He used the example of iron ore which is more profitable to mine and deliver from the Pilbara to an overseas steel mill than to turn it into steel in WA.

This sentiment was confirmed by others on the panel who agreed that to take advantage of downstream processing opportunities, miners in WA must be selective and collaborative, not unlike the example of South Australia’s success in the defence industry.

The Defence SA model came about in a concerted effort to address key drivers that impact South Australia and its workforce including demand for skills and qualifications.

The challenge for WA, according to Nicole Roocke, CEO of the Minerals Research Institute of WA, is to get in early and ahead of the game.

“If we’re trying to replicate what is happening in other markets around the world, then we are not going to be able to compete on price,” she said.

“We don’t need to be in each downstream pipeline opportunity, we have to find niche opportunities and leverage our strengths in that area.”

While the Government does not make a direct investment into minerals research, Ms Roocke said an opportunity for Team WA would be for the Government to provide funds to ascertain what IP will be needed in the future to take advantage of the niche markets.

“The research doesn’t need to reside with any one organisation but for the purposes of collaboration for the benefit of the whole industry in WA,” she said.