Open borders – the impact on the WA resources sector 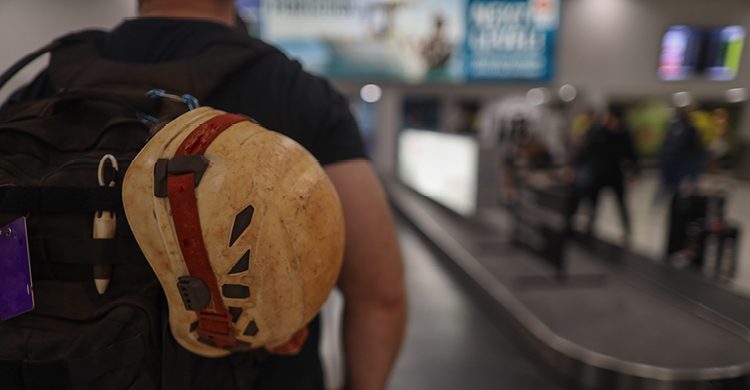 Open borders – the impact on the WA resources sector

The State Government relaxed its hard border restrictions on 14 November, easing some of the pressures on interstate FIFO workers travelling into Western Australia, but also increasing concern about the prospect of a case of COVID-19 slipping through undetected.

Premier Mark McGowan re-instituted the hard border with South Australia within 48 hours after the new policy began when COVID-19 cases emerged in that State.

The WA Chamber of Minerals and Energy, which backed the State Government’s decision to relax the State’s borders, said it still supported the decision and understood the measures taken to address South Australia’s suspected outbreak.

“The recent border relaxation has been a welcome development for interstate FIFO workers, who have spent many months away from their homes and families during the COVID-19 pandemic,” Chamber Chief Executive Officer, Paul Everingham said.

“But the health and safety of the wider WA community remains an absolute priority and there is a clear need for continued vigilance given the ongoing threat of COVID-19.

“The WA Government was not the only one to adjust border arrangements with South Australia and the SA Government’s own measures reflect the seriousness of the situation.”

Throughout discussions about the relaxed border policy Mr McGowan has consistently stated that bringing back a hard border is a real possibly if there were spikes in COVID-19.

However, if a hard border policy were reinstated for WA, skill shortages and the mental health of FIFO workers would be the major issues facing the resources sector, particularly if the border were closed to QLD, which accounts for more than 60 per cent of WA’s interstate FIFO workforce.

“A blanket hard border to other states would mean longer-than-usual stints away from families and friends for some workers and there are mental health concerns that go along with that,” Mr Everingham said.

“From an operational perspective, a hard border has the potential to limit the labour pool to which the mining and resources sector has access.”

During the pandemic the majority of the sector’s 5000-6000 interstate FIFO workers chose to relocate to WA permanently or opted to move to WA for the duration of it. While this solution helped the resources sector in the short term, Mr Everingham says the workforce needs of the sector cannot continue to be solely met from within WA.

Modelling in August predicted the sector in WA would need an additional 8000 skilled workers over the following 12-18 months to meet peak demand for the current $129 billion worth of projects in the pipeline, with some of those roles being specialist positions that could not be sourced from within the State,” Mr Everingham said.

In particular there is a need for construction and maintenance workers beyond WA’s current capabilities.

“There are also a variety of other projects around the State, including gold, nickel, lithium, and iron ore, which will require specialised maintenance workers over the next 18 months.”

He said while the estimated percentage of workers who would need to be sourced from elsewhere is small, their contribution to these projects will be vital.

A further concern is the integrity of control measures put in place by the State Government to mitigate community spread of COVID-19 now that the borders are open. However, Mr Everingham said the lack of the virus in the community shows the pandemic is being managed properly.

“CME and its members have worked closely with the WA of Government through the COVID-19 pandemic to ensure the health and safety of not only the sector’s workforce but the wider community – including remote indigenous communities,” Mr Everingham said.

“The absence of COVID-19 cases at mining and resources operations and the lack of community spread in WA over the past few months demonstrate the capabilities of our sector and the WA Government and associated departments, such as WA Health and WA Police, to effectively manage the pandemic and the risks associated with it.”

Since the start of the pandemic the resources sector has been proactive in implementing additional protocols to mitigate the spread of COVID-19 on mine sites, address skill shortages and support the mental health of workers.

Mr Everingham said this would continue to happen as the State’s border controls continue to change.

“The COVID-screening and management protocols put in place by mining and resources sector operators already extend beyond industry standards,” he said.

“This includes widespread testing of asymptomatic individuals under state government approved programs such as FIFO DETECT, in addition to broader screening practices.”

CME and its members remain committed to continuing to refine the way the sector manages and responds to COVID-19, and that measures put in place reflect global best-practice.

“We look forward to future arrangements that allow for flexible travel to and from all other states. This will help provide positive mental health outcomes for all interstate FIFO workers and allow the sector to more easily plan for and recruit its future workforce,” Mr Everingham said.