Miners on the Move – Wrap up 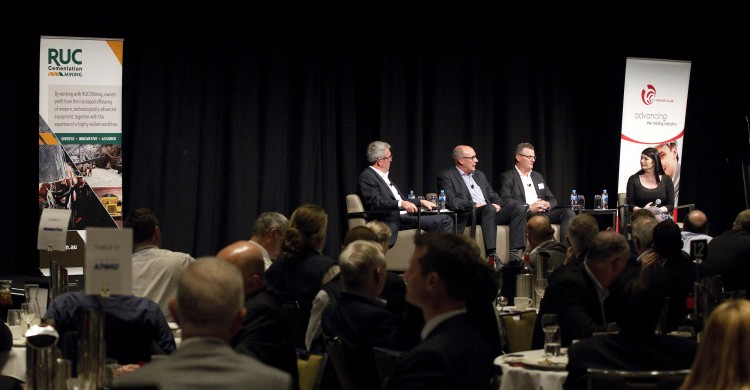 Miners on the Move – Wrap up

For Tianqi Lithium Australia’s Phil Thick and Sheffield Resources’ Bruce McFazdean, supply and demand are key drivers.  For Eastern Goldfield’s Michael Fotios it is a more personal journey and the prospect of a major gold find that will see the revival of the eastern goldfields region as a mining hub.

While focused on different commodities (lithium, mineral sands and gold respectfully) what these projects have in common is they are emerging with scale and will provide longer term value to the state.

Tianqi’s confidence in the lithium market and investment in Australia is such that it has given the nod on a $21 million feasibility study and the fast-tracking of a $320 million expansion of its lithium hydroxide processing plant in Kwinana before the completion of phase 1 construction.

The expansion will double output capacity from 24,000 tonnes per annum (tpa) to 48,000tpa lithium hydroxide or 40,000t of Lithum carbon equivalent (LCE) when both stages are completed in 2019.

Tianqi Lithium Australia general manager Phil Thick says global demand for lithium is expected to increase by three to four times by 2025 and projected supply levels will not be able to meet demand.

“Over the past two to three months there has been a significant change in sentiment, but more reality, around where the lithium market is heading,” he said.

He says recent statements from auto manufacturers including Toyota, Tesla, BMW and Daimler have put hard numbers around the number of electric vehicles they are looking to produce by 2020 and 2025, providing a more realistic view on where the lithium market is headed.

But has revised its forecasts, saying demand would be 600,000t LCE by 2025 and could be as high as 1.2mt depending on developments in the electric car market.

“That’s three or four times current demand within the next eight years, and the supply chain is simply not there to support that,” he said.

“It requires about 20 to 30 plants of the size we are building at Kwinana and the mining resources behind that to back it up.”

Thick says the main reason for building the processing plant in Australia, rather than China where Tianqi is based, was that customers want diversity and security of supply.

Sheffield Resources managing director Bruce McFadzean is currently advancing offtake discussions for its potential 42-year Thunderbird project, which aims to be in production by 2019.

He says being based in WA is a significant advantage.

“We have had a spine-chilling fear come from the people we are talking about off-take agreements with regarding the supply threat in particular out of South Africa, that’s been exacerbated by the announcement of the new mining charter last week,” he said.

“Our market will be in undersupply in the early 2020’s, as we come on line. With the threat of supply, we are now starting to see people grappling to take off-take with us for a long period of time.”

McFadzean says Thunderbird is a “a big guy” and a globally significant project representing 7 per cent of zircon and 3 per cent of ilmenite supply globally.

He says this is an intergenerational mine that will supply jobs for between 40-50 years.

Highlighting the increasing importance of the need for a social licence to operate, McFazdean says there will be no FIFO for this project and a strong focus on Aboriginal employment, participation and business.

“We are going to be a company that employs locally,” he says.

“We want people to work with us because they want to live in the region and they want to be part of a low-impact environmental mine.

“We are located a near a number of communities and we are seeking to have the highest Aboriginal employment in Australia.”

Eastern Goldfields Executive Chairman Michael Fotios is currently focused on the commissioning of the modernised and refurbished Davyhurst processing plant.  But he says it is the opportunity to return to his geology roots and the exploration of an area he says he has had his eye on for more than 20 years that is the driver behind the project.

“A bit like the approach we took at Northern Star in the early days, this is an asset that has seen the bulk of drilling above 80 vertical metres.

“We think there is a huge amount of potential at depth,” he said.