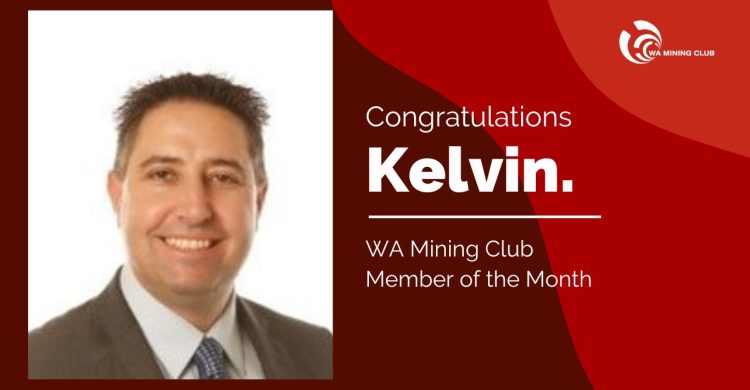 Kelvin Andrijich had an interesting start to his career in mining. It was born from his love for motor sports.

It was at a race that then and there he decided to become a mechanical engineer.

He completed his degree in the mid-1990s and his first job was with the company he returned to after years in the oil and gas sector, Alltype Engineering.

Within a week after joining Alltype, Kelvin was the new project manager, an exponential race to the top indeed.

The company has a broad customer base, oil and gas and civil engineering as well as servicing gold, nickel, iron ore, rare earths, lithium, coal and mineral sands.

He says it’s ironic that as the first graduate engineer at the company he returned 17 years later as the managing director.

‘The owner was looking at succession and exit plans, and I wanted to look at transforming the company into a serious Tier 2 contractor.

‘Now my role is to continue that growth and industry service diversification while building a strong culture in our team.’

Kelvin says one of the most interesting areas he’s working on is a rotatory kiln project.

‘It’s a step change for the company,’ he says.

‘It’s a combination of complex rigging and lifting, mechanical alignment and fabrication, as well as an electrical  scope.

‘The project ticks all the boxes that appeal to a mechanical engineer.’

The last time Kelvin pulled on his work boots in a long while was related to COVID.

‘In May we were building a full turnkey compressor station to feed gas to numerous Mid-West mining companies.

‘The project manager, health and safety advisor and construction manager all came down with COVID.

‘Rather than shut down the site I went up there with one of our senior project engineers, pulled on the hi-vis and steel caps and we worked there until the team could finish their isolation periods.’

Asked what the one thing he would do to change the world he answered immediately.

‘Right now it would be ending the conflict in Ukraine,’ he says.

‘Tick that box first, and the next thing would be getting climate change under control.’

He found it hard to name the three people he would like to have to dinner.

‘There’s just so many to choose from! Excluding family and friends, it would be the most successful quarterback gridiron player in history, Tom Brady, Australian Golf Masters winner Adam Scott and film director George Lucas.’

Perhaps next time we hear from Kelvin Andrijich it will be from a galaxy far, far away.