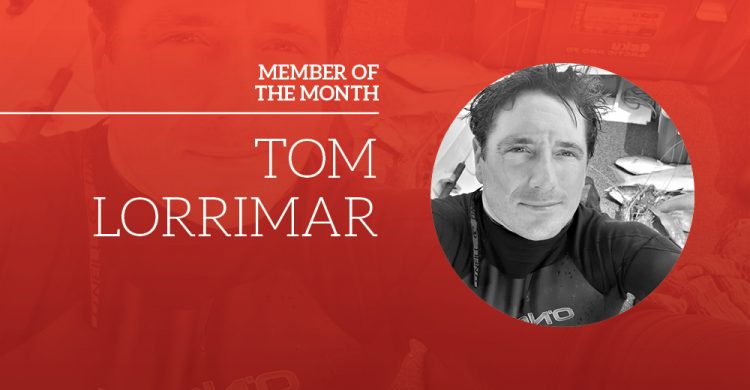 Tom Lorrimar began his 10-year long career in the mining industry in his early twenties where he worked as a geologist field assistant for “an old Scottish geologist, Ron Thom”.

“The geology field work was soon followed by geochemical work in the laboratory for SGS Australia,” he said.

Following this, Tom studied and completed work experience before moving into the analytical fields of environmental science and occupational hygiene where he began contract work at BHP Worsley and Boddington sites.

“A friend encouraged me to work directly for a mining company, so I took the opportunity as a technician on an iron ore project in the Northwest where I learnt a great deal seeing a mine, process plant and port from construction, commissioning through to operation,” he said.

“In this time, I completed both a bachelors and masters and was soon promoted to advisor.”

It was during this time that Tom says he found the work the most interesting, especially the study of fibrous minerals in iron ore deposits and investigation of the morphology of asbestiform and non-asbestiform habits.

At a point where he felt he had learnt all he could from his role, Tom took a role back in Perth consulting, where he has worked ever since.

Although working in a consultancy role, Tom still gets the opportunity to wear his work boots.

It is within this current role, at 360 Environmental, that Tom met his most memorable boss, Garreth Walker, who provided him with “the right environment and support to transition from a systems-based environment to a far more dynamic commercial environment in consulting that offers a new journey in professional growth”.

Tom has been a member of the WA Mining Club for one year and enjoys that it is a professional club that “brings the industry together for a common purpose” and shares both a vision and experiences for the benefit of all stakeholders and the ongoing development of the WA resource sector.

Mining has taken Tom to exotic locations, including “mangrove-covered beaches.”

If he were not involved in mining, he says that he could be “anywhere, but perhaps a landscape architect.”

In his spare time Tom enjoys surfing, diving, reading and time with family and friends.

If Tom could change one thing about the world it would be the availability of safe vaccines.