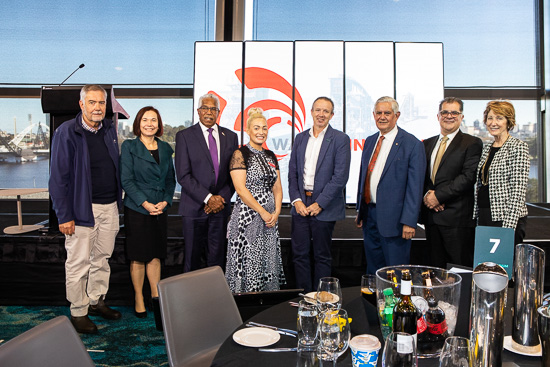 The former Member for Hasluck in Western Australia has done much to advance the cause of Indigenous Australians by securing a national agreement on Closing the Gap’ and establishing the Indigenous Voice.

As the speaker at the WA Mining Club’s annual Indigenous Business Luncheon, Ken Wyatt recognises the mining industry as a critical driver for Aboriginal Advancement.

‘The mining sector has embarked on a very solid footing in providing jobs and economic opportunities through procurement (for goods and services and contracting).

However, he recognises inherent issues still need to be addressed.

‘The area that is problematic still for the mining sector is dealing with the issue of heritage and, in particular, not talking with Traditional Owners, but instead talking to their employees, (those who run the Indigenous Corporations)’.

A prime example of poor interaction was the destruction of caves at Juukan Gorge in the WA Pilbara region, which sent shockwaves worldwide.

The caves, on land mined by Rio Tinto, were of significant cultural and spiritual  importance to the Kuuti Kunti Kurrama and Pinikura IBinigura) people, who have a connection with them going back more than 40,000 years.

Rio blasted them to expand its iron ore mine there in 2020.

‘When I look at Juukan Gorge, it was apparent that discussions had been occurring with the prescribed body corporate (of the Indigenous locals) but not with the Elders,’ says Mr Wyatt.

“After the event, I said to Rio Tinto, for a quarter of a million dollars, you could have employed four Traditional Owners and had them onsite, so if you’re going to do any blasting or digging, you would have had immediate feedback from them.

‘They would have said no, this is unsafe here, we’ve got two caves of significance, or this site is important for this reason.

‘That would’ve saved Rio Tinto a lot of heartache, not just with the Aboriginal community but the broader Australian society and even globally.

‘I told those I met with at the time, just use some common sense, go and talk to the Traditional Owners.’

Ken Wyatt champions employment via the pathway of Indigenous scholarships that are culturally appropriate.

“If you had scholarships in the name of Elders, like ‘Mr Parker’ for example, then those kids are culturally more obligated to honour Mr Parker than they would be if they had done a scholarship directly with a company.

‘That has a more profound long-term, lasting impact, and it would make a difference on the ground.’

He used the ABC as a real-life example of how it works in practice.

‘I was on the National Advisory Body at the ABC when it took on Aboriginal trainees in every facet of radio, production and television.

‘The reason I’m using that example is if mining companies did that, then the outcome should be a series of businesses evolving and becoming key players, like Indigenous contractors Carey Mining.

‘I remember when Daniel Tucker started Carey it was a small enterprise, but he now has 300 staff working for him.’

‘That can be replicated, even on a smaller scale, with miners looking locally for employees.

‘Say alright, you’ve got a tiny business, how about we give you a contract to do all the cleaning? And let’s review it at the end of six months.

‘And if you’re meeting our requirements, then we must extend your contract for several years.’

He urges companies to look for intrinsic abilities in local communities.

‘I talked to one of the local governments in the Kimberley and asked who your grader drivers are?

‘They said Aboriginal grader drivers because they’ve got an eye for levels, and we get a brilliant job done by them.’

Ken Wyatt won’t be kicking back after his term in politics. He will continue to champion the rights of Indigenous Australians and will finally have the time to write his memoir.